Convictions, Not Compromise: What’s Really Wrong with the U.S. Congress

Former U.S. Congressman, Thomas Allen, will serve as the keynote speaker at this symposium hosted by the Notre Dame Law Review. The Symposium will focus broadly on congressional gridlock, exploring various aspects of the issue from partisanship and civility to the utilization of the appropriations process to legislate. We hope to explore these and other facets of the topic against the backdrop of the 2012 election and current congressional inaction. Three panels of legal scholars will present and discuss issues surrounding congressional gridlock and its legal implications.

Ticketing
The symposium is free and open to the public. The keynote address in the McCartan Courtroom, Eck Hall of Law will be first come, first-served seating. Overflow viewing space will be available in Eck Hall of Law. 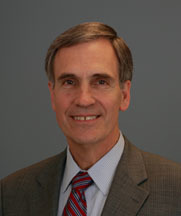 Born and raised in Portland, Thomas Allen is a longtime Maine resident and current President of the Association of American Publishers.

After graduating from Bowdoin College, he received a Rhodes Scholarship to the University of Oxford, from which he received a B.Phil. in Politics in 1970. He worked a year in Washington for U.S. Senator Ed Muskie and then attended Harvard Law School and graduated with a J.D. in 1974.

From 1974 until 1993, Mr. Allen practiced law at the firm Drummond Woodsum Plimpton and MacMahon, where he was a partner and member of the Board of Directors. During this time he also served on Portland City Council from 1989-1995 and as Mayor of Portland. In 1996 Mr. Allen was elected to Congress and served the people of the 1st District of Maine from 1996-2008. As a Member of Congress, Mr. Allen served on the Energy and Commerce Committee, the Budget Committee, the Armed Services Committee, and Government Reform Committee. On the Energy and Commerce Committee Mr. Allen worked on a range of issues, from health care to climate change to telecommunications legislation.

In April 2009, former Congressman Tom Allen joined the Association of American Publishers as its President and Chief Executive Officer. As President of the AAP, Mr. Allen seeks to foster the association’s ongoing mission of protecting copyright in the ever-changing landscape of the digital world and help publishers meet 21st-century challenges. Mr. Allen has a forthcoming book entitled Dangerous Convictions: Why Cherished Ideas Can Be a Source of Congressional Gridlock, due out in January 2013.

All panels and the keynote address will be held in the Patrick F. McCartan Courtroom in the Eck Hall of Law.

8:30 – 10:00: Panel One
We the People and Gridlock
Moderated by Professor Jennifer Mason McAward (The Law School, University of Notre Dame)