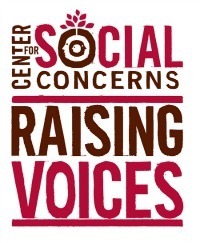 A common good is a vision, a vision of public virtue which engages the individual citizen, guides the energies of the government, shapes the public system and points the public direction in all of its policies, in all its institutions and in all of its legislative intents. It is the answer to the question: What is it that we want for this country? What is it that we perceive to be good for everyone, and how should we go about getting it?

“An Uncommon Search for the Common Good” presents the historical difficulties defining the common good through the lens of the spiritual tradition of the Beatitudes.

This event is free and open to the public.

Joan Chittister is an internationally known writer and lecturer and the executive director of Benetvision, a resource and research center for contemporary spirituality. She currently serves as co-chair of the Global Peace Initiative of Women, a partner organization of the UN, facilitating a worldwide network of women peace builders, particularly in Israel and Palestine. She was an advisor for the groundbreaking report, A Woman’s Nation, led by Maria Shriver (2009) and was a member of the TED prize-sponsored Council of Sages, an interfaith group that developed a Charter for Compassion (2009) being promulgated worldwide with all faith organizations. She was a keynote speaker at the Asia-Pacific Breakthrough: Women, Faith and Development Summit to End Global Poverty as well as the Parliament of World Religions in Melbourne, Australia last December. She wrote the book Beyond Beijing: the next step for women, after attending the Fourth UN Conference of Women in Beijing (1995) and the book: Heart of Flesh: a feminist spirituality for men and women. Sister Joan appeared with the Dali Lama at both the First Emory (University) Summit of Religion, Conflict and Peacebuilding and at the conference Seeds of Compassion. She was the coordinator of The Rising Great Compassion, an interfaith retreat for monastic women at Dharma Drum Mountain Center in Taiwan.

Joan Chittister has written more than 40 books and received numerous awards for her work on behalf of peace and women in church and in society.